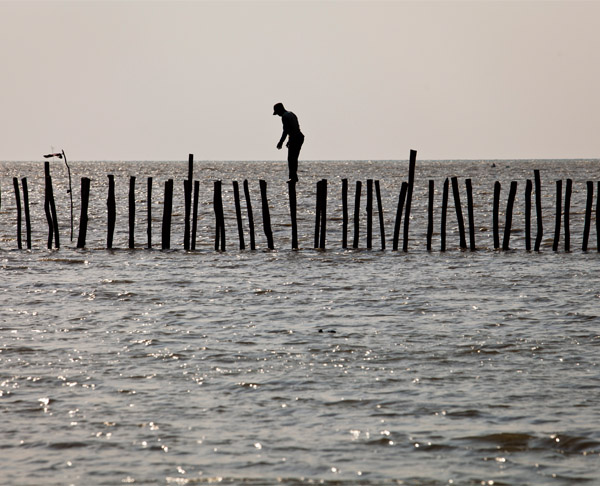 The WHO has developed a draft manual on SSP and is implementing pilot schemes in several countries, including Vietnam, Peru, Uganda and India to collect lessons learnt and experience that will in turn contribute to refining and improving the draft manual before finalization and worldwide dissemination.

The planning workshop for this pilot project was organized in Seri Kembangan, Selangor, Malaysia on the 20th and 21st of August, with participants from different Malaysian organizations, including the Ministry of Health, Sewerage Services Department, Department of Environment, IWK and GWOPA.

The objective of the workshop was to introduce the concept of SSP and discuss the potential sites for the pilot. Participants joined in the role-play type of activity though which they are expected to understand the concept of SSP.

Two major findings through the participation in this workshop were identified:

Sanitation Safety Plans are very much different from Water Safety Plans. The important difference for GWOPA is that the implementing agency is not the water operator as is the case for the WSP meaning that they need to set the physical boundary first for the SSP and identify the takeholders/exposure groups (such as farmers, wastewater utility, municipality, customers, etc). In some pilot cases, including the one in Uganda, utilities like NWSC are implementing agency but in others, such as Vietnam, it is farmers' group. Owing to this, replication is not as easy as WSP since we cannot simply train utilities.

As suggested in the sub-title of the guideline, "step-by-step risk management for safe reuse and disposal of wastewater, greywater and excreta", SSP focus on reducing the risk on health of reusing wastewater. The main objective in other pilots is safe agricultural use of wastewater, greywater and excreta, especially for the urban agriculture however this objective differs according to country. As a result of discussion at this workshop, Malaysia decided to focus on the safe reuse of wastewater in the tourism industry, which is the important sector for the country.

In addition to the potential as an area for the future sanitation WOPs, we found SSP a useful concept for facilitating integrated urban water management/integrated urban planning, which GWOPA is advocating in the process towards the 7th World Water Forum.

Following this workshop, participants will start preparing for the next training workshop to be held by the end of this year, which involves the setting up of a SSP team, identification of the site, and gathering information on the system of sanitation management in the site.

Background
GWOPA currently works with a sanitation utility in Malaysia, Indah Water Konsortium IWK (operator profile), who participated in a training on Developing Water Safety Plan for Asian Water and Sanitation Operators, organized by the Asia WSP Network, UN-Habitat and other partners in May 2013. The training focused on WSP and so was not directly applicable to the delegation from IWK, however they showed a keen interest in the concept of risk management and how this might be applied to wastewater management.

The WHO has developed a draft manual on SSP and is implementing pilot schemes in several countries, including Vietnam, Peru, Uganda and India to collect lessons learnt and experience that will in turn contribute to refining and improving the draft manual before finalization and worldwide dissemination. GWOPA's vision is for the pilot in Malaysia is to serve as a demonstration project and benchmark for other countries in the region. Another objective of GWOPA for this support is to implement SSP WOPs in the region with IWK as a mentor, after completion of the project. IWK has been a champion utility for sanitation WOPs, on topics such as septage management, in cooperation withWaterLinks and we expect IWK to lead the WOPs activities related to SSP in the future.